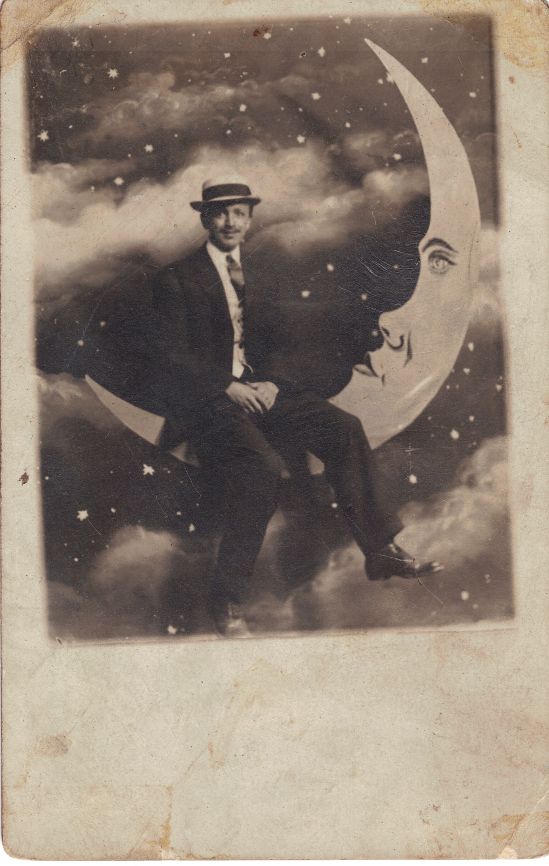 Two Photo postcards of Men posing with a Paper Moon.Photos like these were usually taken at Carnivals and Fairs,local boardwalks also had photographers with this same set up.Moon photos were popular in the early 1900s into the 1930s.Photographs like these have also been found on Tintypes and Cabinet Cards from the 1880s and 1890s. 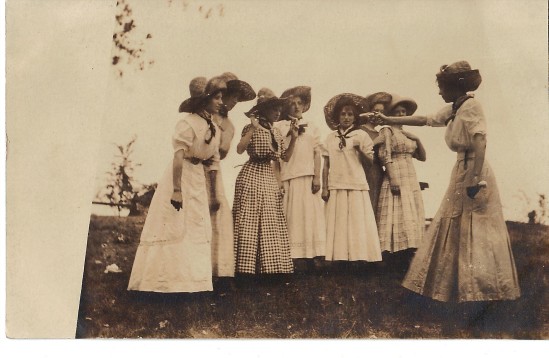 A real picture post card with 8 Women,one is pointing a gun at the other seven.I wonder if she is holding a real gun?
Mid or late 1900

I think it is just funny that this Man thought it would be a great idea to get his portrait done looking into an open Beer stein.

I dont know to much about this photograph except what is written on the image itself and the websight for the Prince Rupert City and Regional Archives.Similar Images are posted possibly from the same photographer

To my eyes this appears to be two Mexican families posing for this photo ,possibly two siblings and their spouses??The woman have similar features.One friend who is from Mexico viewed this photo and said that maybe they could be “Indio’s” as he put it in Spanish meaning Indigenous persons from South America.Most likely they are Mexicans of Indian decent.
Very interesting family Portrait

There is what looks like a tear in the lower left of the photo but that blemish is part of the print.I think the original glass negative was broke and then the print was made. 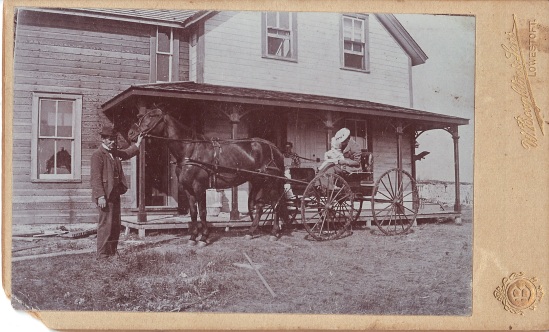 A nice shot of a couple with a Horse and Buggy.Again very nice detail for the small Carte de Visite.A man holds the Horse by its halter while a woman sits in the buggy holding what looks like a baby a forth figure is seen standing behind the buggy on the front porch of the house.
Photo studios of Walter Boughton and sons in Lowestoft UK

Tintype taken outdoors.This photo came to me by the original owner along with CDVs and Cabinet Cards,she said that all the photos were from Ohio. 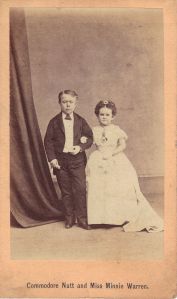 Here are two CDVs that were massed produced and widely collected much like sports cards are today.

General Tom Thumb was the stage name of Charles Sherwood Stratton (1838-1883), a dwarf who achieved great fame under circus pioneer P.T. Barnum. Stratton was 4 years old, the son of a Bridgeport, Connecticut carpenter, when Barnum met him. He was 25 inches tall and weighed just 15 pounds at the time. Barnum taught him to sing, dance and perform and made him an international celebrity with a tour of Europe. Stratton’s marriage in February, 1863, to another midget, Lavinia Warren, was front-page news. They stood atop a grand piano in New York City’s Grace Episcopal Church to greet some 2,000 guests.

Tom Thumb and his wife were received by many prominent heads of state, including Presidents Polk and Lincoln, Queen Victoria, and France’s Emperor Napoleon III.

In 1862, P. T. Barnum paid $30,000 to acquire a new performer, George Washington Morrison Nutt, twenty-nine inches tall, just as witty and talented as Tom Thumb, but younger. As he had for Thumb, Barnum developed costumes, songs, and jokes for his new star, awarding Nutt the rank of commodore. (Some even believed that Nutt was the real Tom Thumb, judging the older, portly midget an imposter.) In 1863, Nutt served as the best man at the widely publicized marriage of Tom Thumb to Lavinia Warren, and the wedding party (including Lavinia’s sister) performed together for several years. 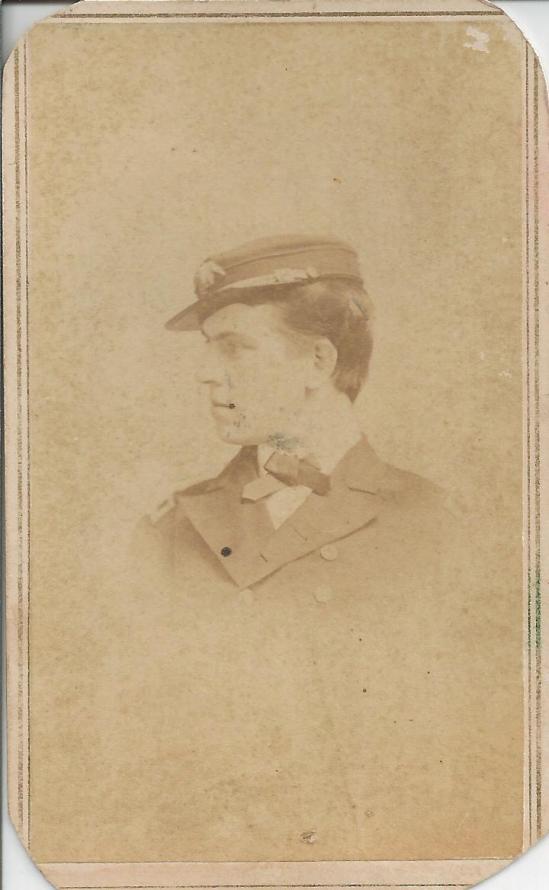 Here is a very faded 1860s CDV of what I believe to be a Union Officer.There is faded writing at the top of the back of the photo probably once having the name of the young man photographed?

The name Henry T Martin is scribbled out and Photographer C.S.Rawson signed his name above.